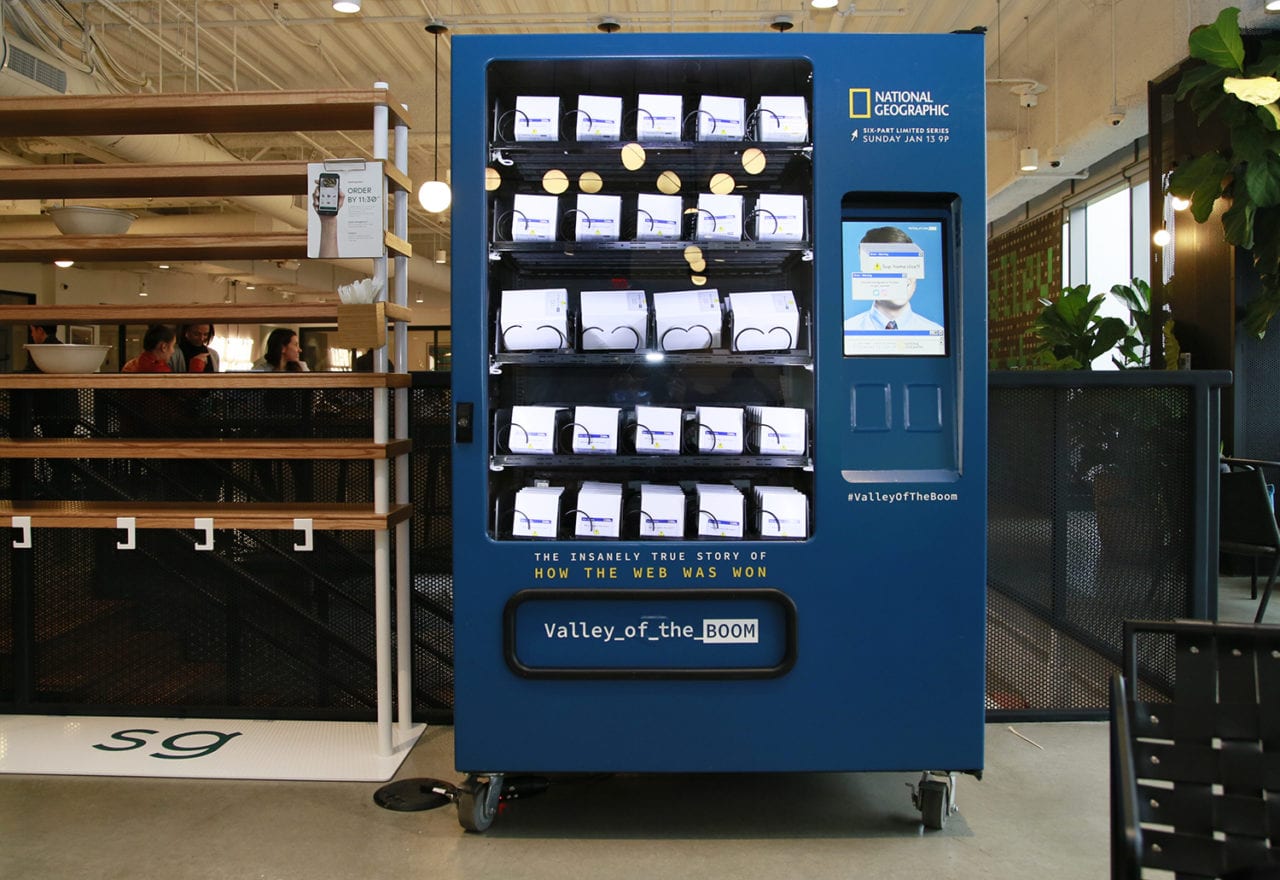 Vending machines are nothing new in the experiential world, but the interactive devices have been resurfacing in a variety of activations, giving brands a chance to elevate their swag drops, offer personalized experiences and educate consumers. Many are still used as a form of social currency, offering merchandise in exchange for social media posts, while others are simply designed to engage consumers on their own terms. Following is a look at the strategy behind seven recent vending machine experiences.

To celebrate the 10th anniversary of Rovio’s hit mobile game, Angry Birds, the brand created a one-day activation around a “Venting Machine.” Planted in Times Square on Nov. 21, the device was built to withstand physical and verbal attacks—we’re talking punching, shaking, yelling and generally losing one’s mind for a short period of time. LED lights illuminated with each assault, showing participants they’d inflicted some “damage.” The machine itself was designed to look like the game’s most popular bird, Red, and showed a “punch to continue” message when consumers approached. When the experience was complete, a box bearing a branded piece of merchandise was dispensed. Participants could also watch a recap of the action, with some consumers’ footage appearing on a nearby Times Square billboard. Agency: Droga5.

On Nov. 18, just in time for the holiday season, CBD brand HempFusion placed a vending machine at “the world’s busiest airport,” Atlanta Hartsfield-Jackson International, to help relieve anxiety among (adult) holiday travelers. The machine is the first of its kind to dispense a complimentary CBD product to those who engage with it. Participants first take a questionnaire about their holiday travel habits on the device’s touch screen, including whether or not their flight is delayed. Following the survey, a sample of HempFusion’s Stress product is released and the participant is encouraged to share the experience on social using #ItAllAddsUp.

Brand ambassadors are stationed on-site to check IDs, educate consumers and answer questions. In addition, five travelers will receive a travel upgrade in the form of a $1,000 gift card, along with their sample. Winners are encouraged to spend the money on a relaxing vacation or helpful travel amenities. The vending machine will remain at the airport through Dec. 15. Agency: Fortnight Collective.

To promote its partnership with “The Secret Life of Pets 2,” Comcast placed voice-activated vending machines in two Philadelphia dog parks. Dog owners could press a button on the machine, which prompted it to emit one of a few sounds selected to excite the person’s dog, like a doorbell or another dog barking. When the customer’s dog barked back, the vending machine dispensed a bag of dog treats in a “Secret Life of Pets”-branded bag (the dispenser was just the right height for furry friends to scoop up their own treats). A neural network was engineered for the campaign to reliably identify the sound of a dog barking—no easy feat. Agency: GMR Marketing.

At this year’s SXSW, athleisure brand Lululemon created the Sweatlife House, a space built for meditation and mindfulness amid the chaos of the festival. On the home’s outdoor patio, consumers could interact with a vending machine that dispensed free socks and water bottles in exchange for a tweet about Sweatlife House, using the proper hashtag. In addition, the brand last year planted vending machines in New York City and Chicago at “run stops” to engage marathon runners.

To engage Red Sox and Dodgers fans during the 2018 World Series, adidas placed a vending machine in both Boston and Los Angeles where fans could snag free gear like t-shirts and autographed merchandise. And here’s the cool part: the machines dispensed different items depending on how the game at hand was unfolding. If a player made a diving catch in the outfield, for instance, the machine would deliver a pair of cleats signed by the athlete. Nice. 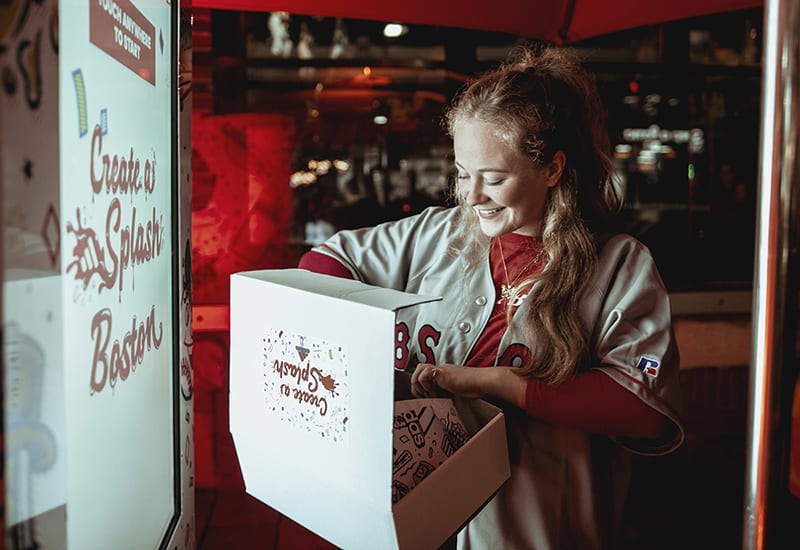 To promote its series “Valley of the Boom” about the 1990s internet boom in Silicon Valley, Nat Geo created an old-school internet café featuring all the trappings of a ’90s-era hangout, including desktop computer stations and messaging displayed in 8-bit graphics. Also included were social vending machines planted in each venue that dispensed 1990s candy, toys and trading cards in response to tweets and Instagram posts containing the hashtag #ValleyOfTheBoom. Each piece of swag was wrapped in packaging that replicated a floppy disk. Agency: BCXP.

Reese’s made waves with a cheeky Halloween stunt that combined a vending machine, sampling—and trolling. The brand planted “Reese’s Halloween Candy Converter” vending machines in locations with concentrations of trick-or-treaters, inviting consumers to trade in their unwanted candy for something better: its peanut butter and chocolate-based confections. Indeed, Reese’s owned the time-honored Halloween candy swap. One vending machine was dropped in the “Sleepy Hollow” section of Tarrytown, NY, a popular Halloween destination, and one in Washington Square Park in Manhattan.