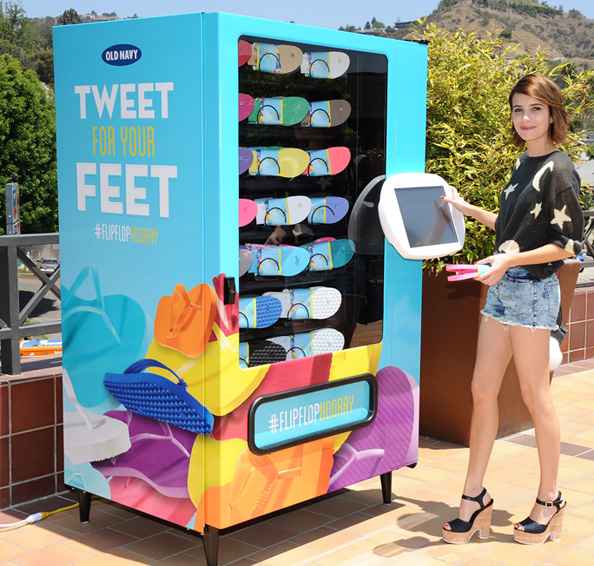 Heading to the beach anytime soon? To build excitement for their much-anticipated $1 flip-flop sale on June 28, Old Navy is installing creating custom vending machines that dispense flip-flops using social currency (i.e. a tweet) around Los Angeles and New York City. For three days only (June 24 to 26), the vending machines will be dropped at various locations around the two cities loaded with a rainbow array of Old Navy flip-flops.

Emma Roberts (above) got a sneak peek of the Old Navy Flip Flop Vending Machine and snagged herself pair of pink flip-flops, and you can also nab a pair for yourself! The machines will change locations daily—follow their whereabouts on Old Navy’s Twitter and with the hashtag #flipflophooray to find out where they move each day. Then, remember to hit up their $1 flip-flop sale, in-stores only, this Saturday, June 28.